The French artist Charles-Antoine Coypel painted this scene of amour figures forging arrows for Cupid’s bow around 1715. It remains in nearly pristine condition, but the varnish layers, which were not original, had become darkened and discolored. The canvas has never been removed from its original eighteenth-century wooden strainer. The depth and richness of Coypel’s palette emerged after removal of the old varnish layers. A few minor flake losses – seen here as white areas that have been filled with gesso in order to bring the level of the loss in line with the surface of the original paint – are visible around the edges. 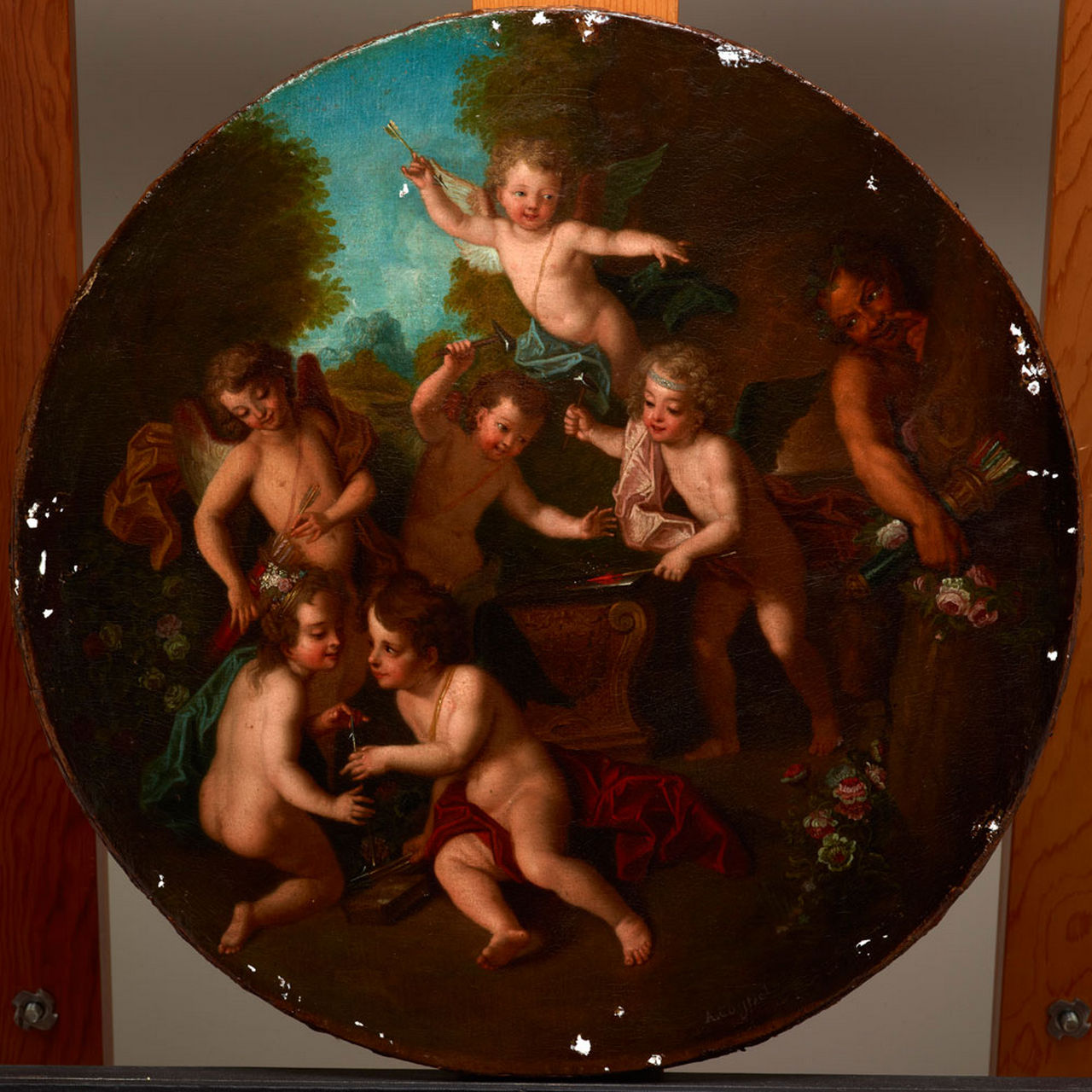 The painting bears a signature which refers to Charles-Antoine’s father, Antoine Coypel, who was also an artist. However, close study of the signature revealed that it was not original; the tail of the ‘y’ in ‘Coypel’ can be seen to overlap an old loss in the paint film (seen here as a reddish area just below the ‘o’), indicating that it was added at a later date, after the loss in the aged and cracked paint film had occurred. 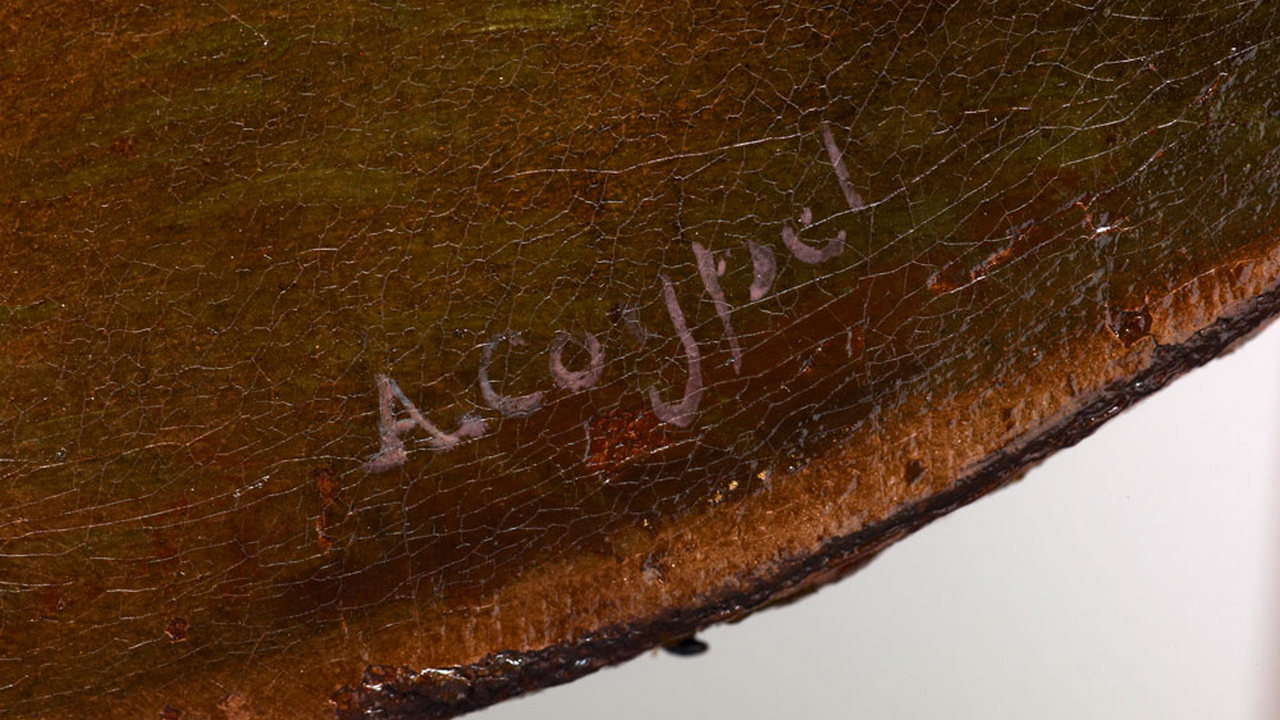 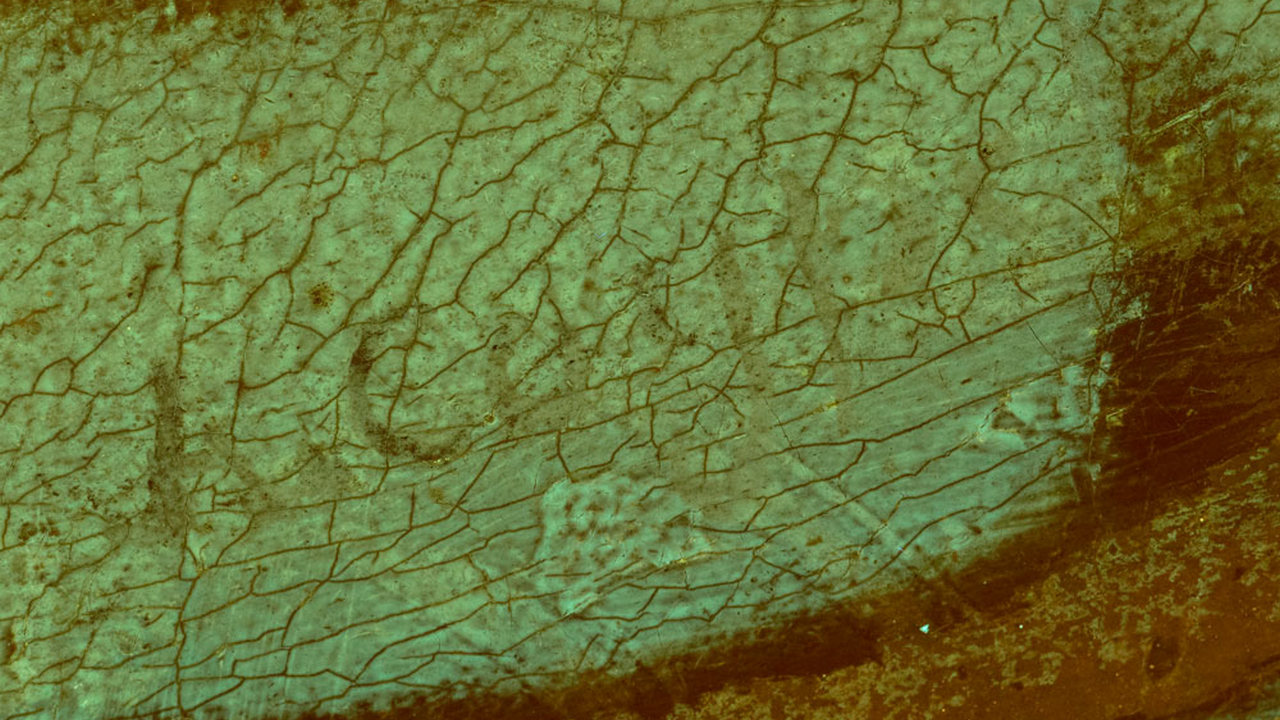 The signature was also found to be sitting on top of the discolored varnish layer, so that it might have been easily removed during cleaning. Even though it is not original, it is a part of the history of the painting and is not visually disturbing, so it was decided to leave it intact. The ultraviolet fluorescence photograph shows the area of old varnish—which fluoresces a bright green color under ultraviolet light indicating that it is a natural resin)—that was left in the area of the signature. 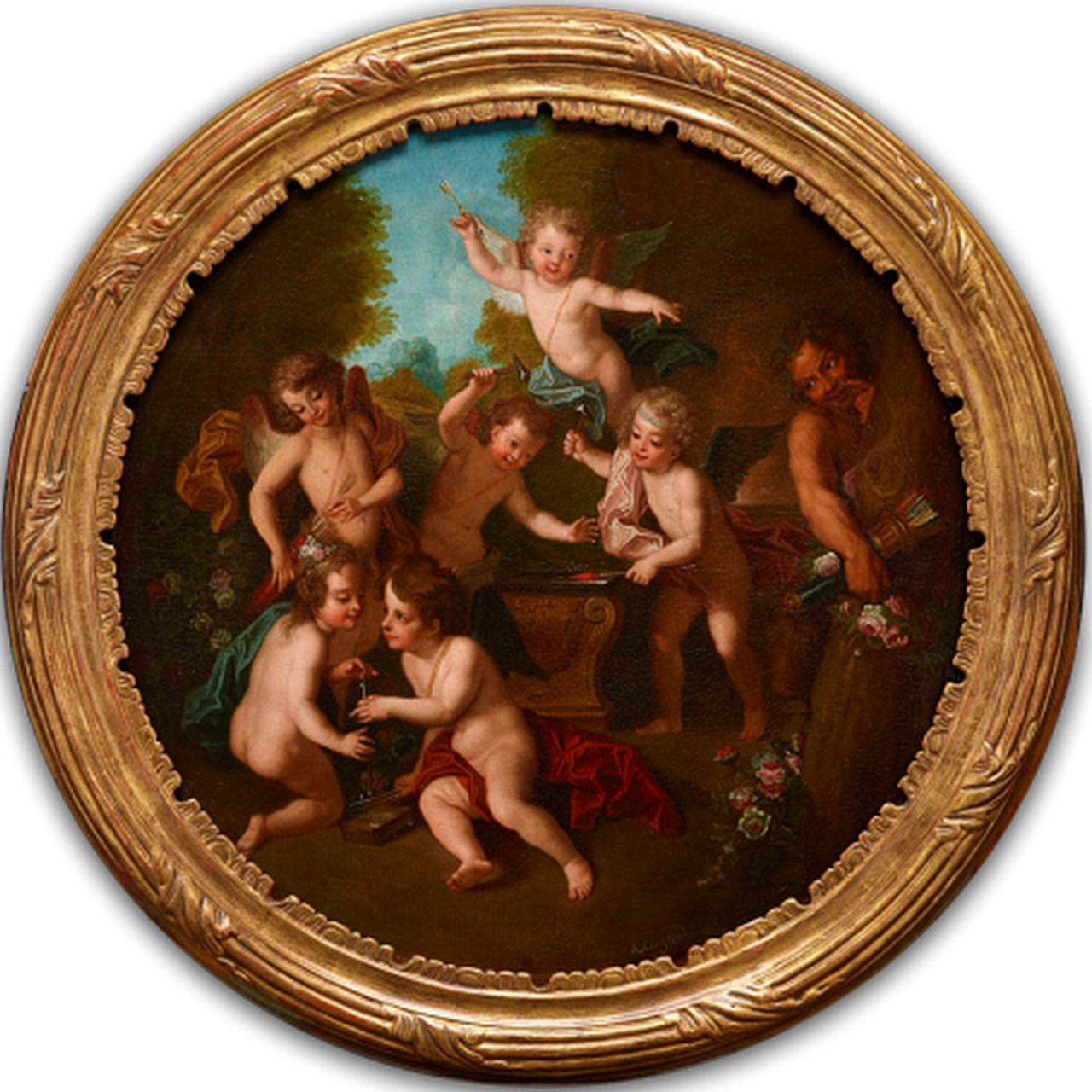 The minor losses were retouched, a new varnish layer was applied, and the restored picture was replaced in its carved and gilt frame.