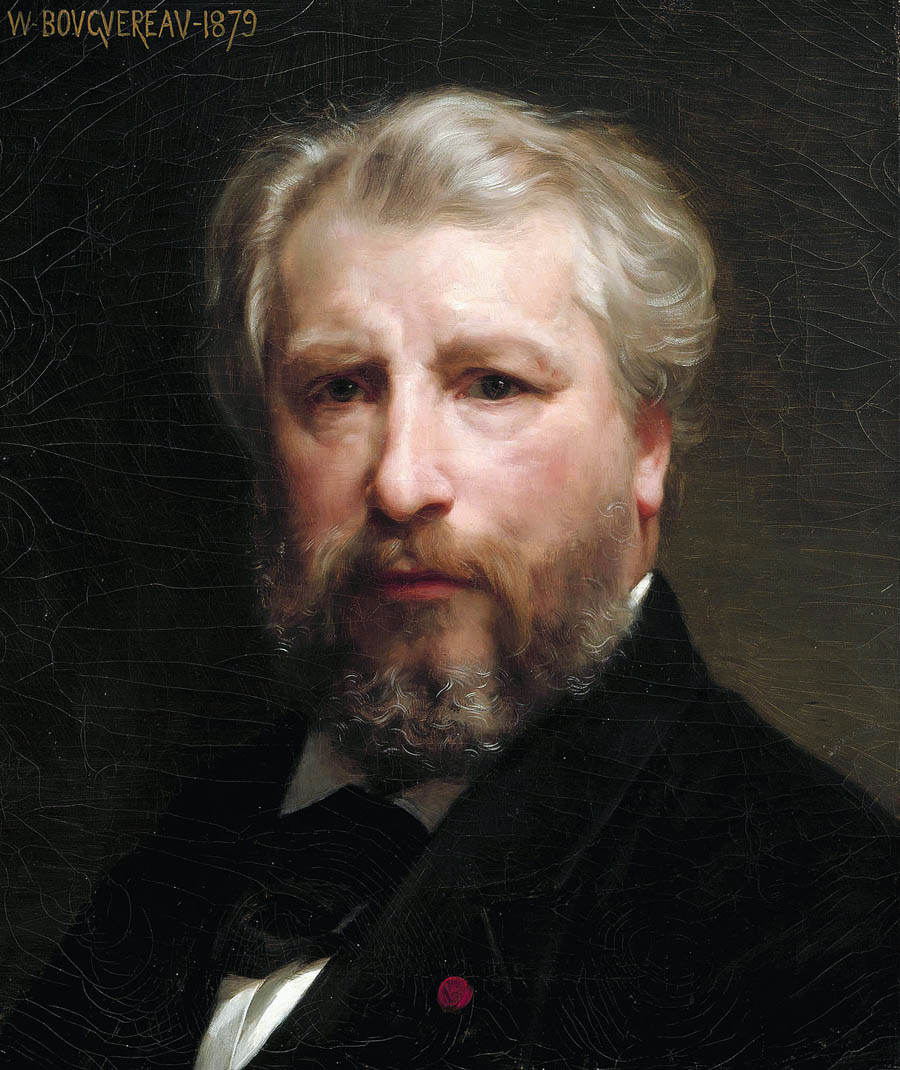 William-Adolphe Bouguereau was considered the best painter in the world during his lifetime, but he also “considered teaching his sacred duty.” In fact, he taught at multiple places during his lifetime, both in his own private atelier (artist’s studio) and in the ateliers of the Ecole des Beaux-Arts and the Académie Julian. He didn’t charge his students a high price for their tutelage; instead, they seemed to have worked off their debt to him by working as his assistants on his monumentous Salon paintings.